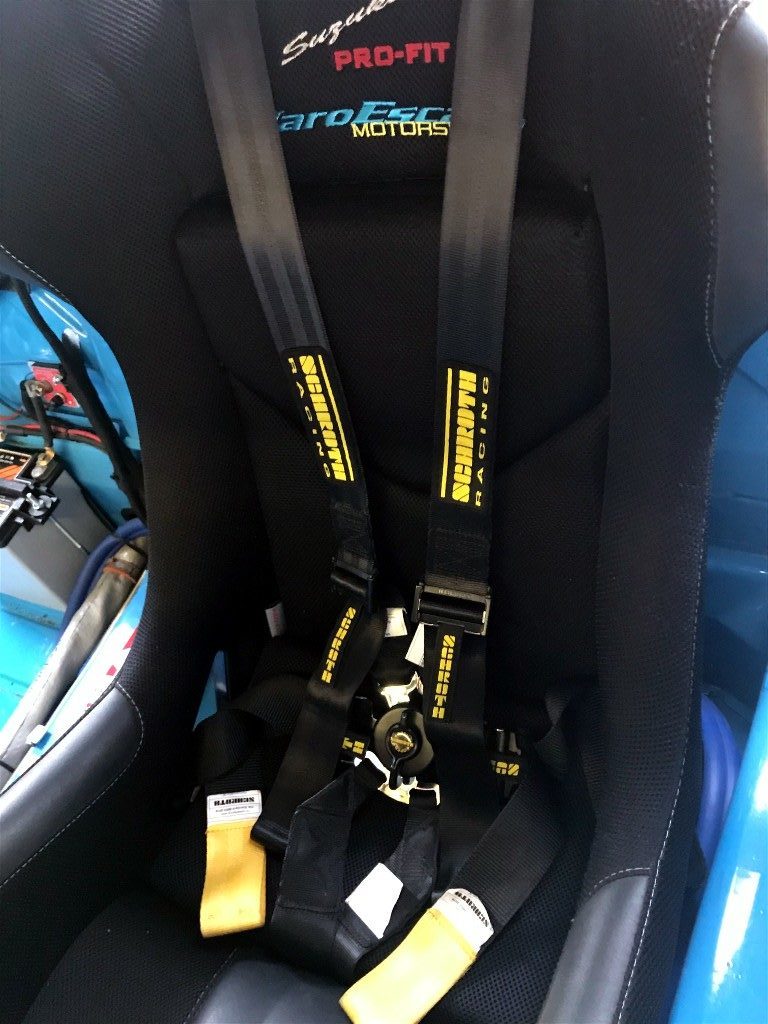 There is a lot of confusion and misconception regarding racing safety harness standards and expiration dates. This technical bulletin will help clarify the different harness standards as well as the expiration dates for these different standards. Seat belt/harness manufacturers produce belts that meet either the FIA homologation standards or the SFI standards for seat belts. The FIA is an organization that is based in France and provides rules and regulations for most international forms of racing including F1, World Rally and World Touring Car Championship. SFI is a USA based non-profit organization that issues and administers standards for racing equipment including safety equipment. The SFI foundation safety standards are the predominant safety standard used by most circle track racing organizations in the US including NASCAR, ARCA, USAC, World of Outlaws, and NHRA.

Sanctioning organizations can specify FIA standards without a fee to the FIA. Should a legal matter arise with a component meeting an FIA standard, the organization could use their complete compliance with the standard as a defense. FIA will not enjoin in the defense.

The FIA seat belt homologation, FIA standard 8853/98, requires that each element of a belt has an FIA tag with the year of expiration either punched or printed on the tag. The FIA standard is five years starting on January 1 of the year following the year of manufacture. For example, a 6-point seat belt purchased in 2015 will have a FIA tag on all 6 points of that belt stating that the belt is not valid after 2020. This means that a belt purchased in January 2015 would actually be usable for a full six (6) years. The FIA homologation standards require an individual belt to be replaced if the FIA homologation tag does not have a current date or is missing from the belt, the FIA does not require all tags to match in expiration date but they do need to be valid with a readable tag.

FIA homologated belts are typically used in sedan style race cars or open wheel formula cars that are well maintained and see very little exposure to harsh elements such as water, dirt, and mud. This standard is for a 5 or 6 point belts (5point belts will be disallowed by the FIA starting in 2018). The FIA homologation requires seat belts to pass certain breaking loads, elongation rates, abrasion resistance, and corrosion resistance as well as pass a dynamic crash sled test. Nearly all FIA seat belts use polyester webbing instead of nylon webbing. Polyester webbing has a much higher UV resistance than nylon as well as more resistance to water, oil and other contaminants. Polyester webbing is also superior to Nylon webbing in controlling elongation rates with less stretch and ‘rubber band effect’. Nylon webbing has a standard elongation of 25% where polyester webbing can be manufactured with specific elongations ranging from 6% to 16% depending on the application requirement. Due to the predominant use of Polyester webbing as well as the typical application for an FIA belt, the FIA homologates the safety of its belts for 5 years plus the year of production. FIA testing and approval procedures are more costly – therefore FIA belts are typically more expensive than SFI belts. Over the useful life of a harness system, the price of an FIA belt, with up to six years validity compared to multiple sets of SFI belts may end up at a break-even or less expensive than the SFI belts over the same period of time. FIA does not permit re-webbing on their seat belts.

Seat belts manufactured to any of the SFI standards, are valid for two (2) YEARS from the date of manufacture. An SFI spec belt will have a tag(s) where the month and year of manufacture are clearly punched. SFI certifies that this belt will meet the safety standards for only 2 years from this date. Once the belt has passed its 2 year life expectancy, the SFI no longer certifies that this belt meets its safety standards and the racing sanctioning body should no longer allow this belt on track. SFI permits 16.1 and 16.2 belts to be re-webbed but not the more stringent 16.5 and 16.6 standards.

The primary reason for the difference in life expectancy between SFI and FIA belts result mainly from the material (Nylon vs. Polyester) and from the typical usage of the belt by the racer. SFI belts are most common in drag racing, and circle track racing (often on dirt). These belts often see heavy wear and tear in the course of an event and are subjected to the elements such as mud, water, and oil. The entire car (including the belts) are often hosed off after an event (including the belts) and left exposed to the sun. Under such conditions, a belt may no longer be safe after less than a year of use and should be replaced, at the better discretion of the racer, to ensure maximum safety. SFI has conducted extensive testing on seat belt webbing degradation when exposed to UV light, water, and other elements and has determined that a seat belt cannot be used safely for more than 2 years in such conditions. Most SFI 16.1 seat belt uses Nylon webbing which loses as much as 75% of its original tensile strength after 30 months of UV exposure. This is the main reason SFI mandates belts be replaced every 2 years.

The question is also always asked about racing harness expiration vs. street cars  seat belts not expiring, especially in a track day environment. “How can a race designed belt expire in 2/5 years but a seat belt in my car can be used for 30 years?”. Besides material construction and UV protection that OEM belts are manufactured with, a major component of aging out of racing harnesses is stress. Every time a racing harness is pulled tight, the material threads are stretched slightly. There are multiple stress points on every strap (shoulder, lap, substrap) that contribute to wear and weakening of the materials. In a car OEM seat belt, it is never really ‘stretched’ unless its used in an accident…at which point it is always suggested to be replaced.

The FIA and SFI create the standards, certify that manufacturers are meeting the standards and defend the standards if their validity is called into question. If a sanctioning body such as SVRA quotes any SFI or FIA standard in their rule book and fully complies with the standard, then the FIA standard can be used as a solid defense. SFI will go so far as to assist in the defense in the event of an accident and litigation. However, if a sanction body does not fully enforce the specified standard, such as allowing SFI belts to be used for more than 2 years, then the sanctioning body is in direct violation of the SFI standard and SFI will no longer support the sanctioning body in the event of litigation. Further it is likely that a good lawyer could claim gross negligence for not enforcing a stated standard.

The metal hardware in a race seat undergoes numerous cycles of loading/unloading during its life time and it is impossible to certify that the hardware is still valid without X-raying each component for cracks. For this reason, it is highly recommended that the entire seat belt assembly is replaced at the end of its life and the hardware not be used again.

The responsibility of the safety of an expired seat belt shifts from the SFI (or FIA) to the sanctioning body and the tech inspector that approved the expired belt to go on track. This opens up the possibility for litigation against both the sanctioning body and the tech inspector with no coverage from the SFI Foundation. This is why it is very important for a sanctioning body such as SVRA, SCCA, NASA, etc to require either SFI or FIA safety standards and to enforce all the rules of those standards including the expiration dates of the belts. 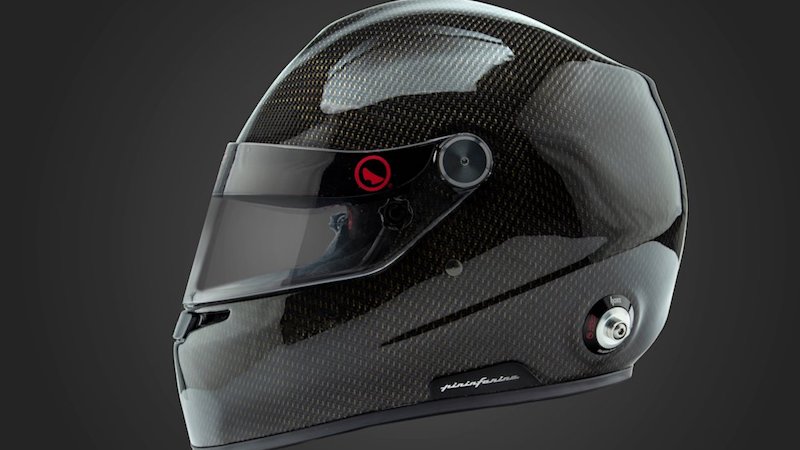 Is anyone making SA2020 helmets yet?

Snell will not allow manufacturers to advertise or sell their SA2020 approved helmets until October 1, 2020. If you need a new SA-rated helmet for the 2020 racing season, you will need to buy an SA2015 helmet.

The SA2015 standard will still be current for most racing organizations. Snell recommends that SA15-approved helmets in good condition should still be accepted (at least until the end of their recommended 5-year lifespan).

Unfortunately, most racing organizations have not announced their changeover plans yet, so it is impossible to give a solid answer. Right now, we can only point to history and precedent.

In previous years, SCCA has accepted the current SA standard plus the previous standard (that currently means SA15 and SA10). In the past, the rule has usually been updated to take effect after helmets with the newest standard have been available for one full year. For example, for the SA15 changeover, SA05 helmets were accepted until the beginning of 2017 (SA15 helmets went on sale in October 2015). If the SA20 and SA25 changeovers follow the same schedule, SA10 helmets would be accepted through 2021 and SA15 helmets should be accepted until the end of 2026.

Note that every racing organization is different. Please check your rulebook.

Update: SCCA has decided that SA2010 helmets will be accepted through the 2021 racing season. This further strengthens our belief that SA15 helmets may be accepted until the end of 2026.

How is the Snell SA2020 standard different from the SA2015 standard?

SA2020 is very much an incremental change from SA2015. The primary aim was to bring the impact testing even more in line with FIA 8859-2015 requirements. All criteria will now be the same as or more stringent than FIA requirements. Note that Snell SA2020 certification does not automatically grant FIA homologation! A helmet which passes Snell SA2020 tests will theoretically pass FIA tests, but the helmet manufacturer must submit the helmet to the FIA in order to receive FIA homologation.

If I already have an SA2015 helmet, how long can I keep using it?

Even the best materials degrade over time, and the high-performance, lightweight materials in your helmet are no exception. Sunlight, ozone, perspiration, and even everyday bumps and knocks all take their toll on the shell and the inner liner. Snell recommends helmet replacement after 5 years of use, or immediately after any incident. Remember, the consequences of auto racing incidents can be violent and permanent. Only use safety equipment that is in top condition. When in doubt, replace it. 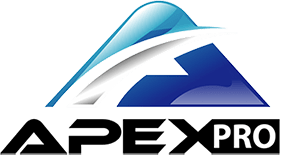 For 2019 APEX Pro will not continue to make developments to the Android App. Our competency as a company is on the Apple/ iOS software development side. At this time developing an Android app with equal functionality is not possible. To offer the optimal user experience, we are diving full force into building the best […]

Welcome to the new NaroEscape Motorsports Blog page. Here we will be highlighting new products, updating you on new technologies, and providing general company and product news.  So check back often or follow us as we keep you up to date on the latest and greatest!